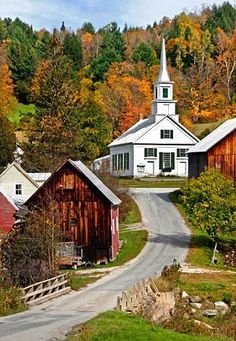 CHAPTER 1 --THE LONG AND WINDING ROAD

“Harry Bartlett,” he said into the hands-free phone of his Crown Victoria Police Interceptor sedan. The gunmetal gray car wasn’t much on style, but it had enough horses under the hood to qualify for NASCAR. Too bad his 6’2”, 250-pound frame wouldn’t fit into one of those cars; he’d wanted to drive one at the nearby New Hampshire Motor Speedway but had been turned down.

“You finish your quest to rid the world of fraud yet?” Jerry Sterling asked. Jerry was the lead partner at 128 Capital, the venture capital firm about to invest $5 million in Harry’s company that developed Auditeye, software that analyzed a company’s books for anomalies like embezzlement and fraud.

For one thing, he didn’t look like the typical partner with six-pack abs from rowing or running marathons. Jerry preferred watching rowers on the Charles River while having a picnic or driving the Boston Marathon route from Hopkinton to Boston while eating ice cream.

He’d also referred Steve to a great physical therapist after hearing about his hit-and-run accident during the Nantucket case.

“Jerry, we’re good, but not that good. We need to, you know, actually, get to the client’s office, do some work, run the software, ” Harry said.  “I’m on some back road in Timbuktu, Connecticut right now, heading into Marbury.”

“Everything still good for the funding next week?” Harry asked.

“A couple of the partners are antsy. This is our first software play,” Jerry said.

“No problem. We’ll finish in a day, maybe two, you talk with the satisfied customer, and I’ll look for the money in my bank account,” Harry said.

Harry checked his rearview mirror. Steve was still there, ten feet off Harry’s bumper. He’d passed Steve’s handicap van a few minutes ago because his Grateful Dead bumper-sticker was beginning to stare back at Harry after the one-and-a-half-hour drive west from Boston.  They were on the last leg of the trip after turning off the Massachusetts Turnpike at Exit 2, just short of the New York border.

“Use a soda bottle,” Harry said.

“My, my, how you exaggerate,” Harry said.  “Think of the Sahara Desert. Jerry just called.”

“Let me guess. He wants to make the 5 mill a gift instead of taking 25% of the company?” Steve asked.

“Not quite. He’s spouting the old “I’m fine, but my partners need convincing” line.”

“I thought we liked Jerry.”

“We do. But he’s still a money-sucking capitalist whose blood is dollar-bill green,” Harry said. “We can’t keep fighting fraud on a shoe-string. We need his bucks.”

“Then we wrap this puppy up ASAP,” Steve said.

Harry was looking forward to this job.

The town’s Chief Financial Officer had hired FDG to confirm a minor theft by a town employee so that Marbury could file an insurance claim. The plan was to run Auditeye, verify the nearby bank's activity, and issue a report. Bing, bang, boom. Easy case, good money.

The location wasn’t too bad, either. From its website pictures, Marbury could’ve been the perfect movie location for a quaint New England town. It had everything: a white-steepled church, a village green, Greek-revival houses with black shutters, a sturdy town hall with a functioning clock, and a copper-topped dome that reminded Harry of the “Back to the Future” movie. He’d have to keep a lookout for a metal-brushed, stainless steel DeLorean driven by a wild-haired professor screaming, “Roads?! Where we’re going, we don’t need roads!!!”

There was even a world-class ski jump.

Harry passed a Route 41 sign, and the GPS lady sweetly toned to continue ahead until further instructions.  The road was narrow, and the few houses along the way had been hacked out of the dense, dark forest of tall pines. There was no moon; stars provided the only light on this cold February night in the tree-lined tunnel. Hugging the center lines reflective paint was the only way to avoid going off-roading and kissing a tree.

The White Stag Inn, the town’s only hotel, was a converted tavern that billed itself as a romantic getaway with big beds covered by thick comforters, a cozy dining room, and nightly bonfires. At 200 years old, the two-story building with the wraparound front porch set Marbury's tone: stately, rooted in history, monied enough to look impressive but not ostentatious; pure New England.

He wondered if Megan Webster, tv fraud reporter and his current girlfriend, could break away and come out for a few days. They’d had plenty of dates that extended to the next mornings’ breakfast, but they hadn’t tried a full weekend together. Maybe this was the time and the place.

He’d said, “Call Meg… when something in the distance caught Harry’s eye. He chuckled; maybe it was the DeLorean. His chest touched the steering wheel as he eased his foot off the accelerator.  He flicked on his high beams, squinting for a better look.

A shimmering white object floated slowly across the road. Long wisps followed in its wake. It definitely wasn’t a DeLorean or a nutty professor.

Harry couldn't judge the figure's size between the pitch-black night and the lack of a background. Maybe it was twenty feet tall, and they were several football fields away.  Or perhaps it was small, and he was about to run it over. Harry crept closer, then stopped.  Steve’s headlights reflected off Harry’s mirrors.

It was not a thing.

It was a woman in profile. Her flowing white dress and waist-length wispy white hair floated behind her. She stared straight ahead, unperturbed by Harry and Steve’s idling vehicles. Her left eye was encircled in black, a stark difference from her alabaster-colored skin.

She finished crossing the road, then retraced her steps once, twice. She never looked anywhere but straight ahead. She reminded Harry of the guards at the Tomb of the Unknown Soldier in Washington, DC, unwaveringly moving back and forth on their prescribed route, completely disregarding any distraction.

She was on her third trip and had reached the middle of the road when she suddenly pivoted. She looked straight at Harry, eyes bugging out, smiling as wide as a human face could smile. She deliberately lifted her right arm and pointed a long, boney finger at his soul. He felt like she was going to reach through the windshield and grab him by the throat. She snapped her head back and cackled a long, guttural scream that pierced the car’s closed windows and overwhelmed the idling engine. Her body shook from the exertion.

The hair on Harry’s arms stood straight up. Shivers ran up his arms and legs. His eyelashes almost touched his eyebrows. He felt cold and clammy, and his ears echoed with the scream. His fingernails dug into the dashboard. His tongue was so dry it stuck to the roof of his mouth. His chest ached; he hadn’t taken in a breath since flipping on the high beams.

She lowered her head and arm and continued her journey. Anticipating another pivot, Harry had shifted his eyes back to the middle of the road, but she continued into the roadside gully. The dense trees swallowed her up like the ocean enveloping a sinking ship. Only there was no wake or bubbling water as evidence she was ever there.

He fumbled for the water bottle in the cupholder. He tried taking a sip, but his right hand shook enough to transform the placid contents into seltzer. He steadied the bottle with both hands. His heart rate slowed to something below 1,000 beats per minute, and his arm hair stopped pushing against his shirtsleeve. His phone buzzed, and the water bottle hit the dashboard.

“What the fuck was that?” Steve yelled.

“We’re getting out of here right now!” Harry yelled back and floored the gas pedal. His ever-present white Red Sox cap flew off his head. The tires squealed as loud as the enigma had screamed, suddenly caught hold of the tarmac, and shot the Crown Vic forward. Steve was five feet from his bumper. Maybe less.

Good thing the Marbury citizenry were tucked in bed with visions of sugar plums because the 25 mph speed limit signs were a blur at the 60 plus mph they drove down Main Street to The White Stag Inn.

They found adjoining parking spaces at The Inn and sat there, engines running, staring straight ahead, then at each other, then forward again. When Harry’s jacket stopped moving in and out with each heartbeat, he turned off his engine and rummaged around the back seat for his Red Sox cap, then got his suitcase and computer bag out of the trunk.

He got no argument from Harry.