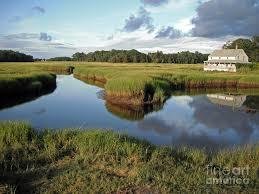 CHAPTER 1—PLEASED TO MEET YOU

Harry Bartlett turned from the buffet breakfast toward the source. The yell came from a middle-aged man of average height but above average weight, wearing a yellow golf shirt, a blue blazer, and khaki pants. The woman standing next to Harry did the same, and their plates collided. Cold cuts and salads cascaded into a jumble on the red and blue carpet after first plastering Harry’s double-breasted blue suit and Vicki’s black tank top and jeans. They dove for the floor, narrowly avoiding a head butt.

“Sorry, my fault,” Harry said as he started to scoop up the mess.

“No, it’s his fault, the jackass. Can’t be alone for a minute,” she said. She was tall, Ichabod Crane-like, with spiked white hair tinted with green tips. “I’m the Vicki he’s looking for. Are you the speaker?”

“Third of the day,” Harry said. He was on a mini-tour north of Boston; the others had been at a nursing home and a senior center. This late afternoon’s audience was The Essex Chamber of Commerce at Kyle’s Steak House, a place that had seen better days. Driving into the parking lot, Harry pictured Kyle’s usual clientele as white-hairs taking advantage of the early bird dinner specials. Harry was quite a few years short of joining them.

Harry and Vicki successfully corralled most of the mess before the waitstaff took over.

Harry asked, “Who’s the jackass?” as they refilled their plates.

“I was one before the fraud detective thing. A CFO, not a jackass,” Harry said, although his ex-wife might disagree with the second part. He handed her a Fraud Detective Group business card. “That’s us,” he said and motioned to the group at the back of the room. Three men- one in a wheelchair, one all in black, and one behind a camera- waved back.

“We Follow the Money,” Vicki read from the card. “Clever slogan.”

“It’s what we do,” Harry said. “Follow the stolen money and put the bad guys or gals in jail. The card wasn’t big enough for the last part.”

Another “Vicki” rang out; she apologized and scooted in Brian’s direction.

Harry joined his crew behind the camera tripod that had been set up to record Harry’s speech. Steve, the former editor of the Nantucket Observer and co-founder of the FDG, had penned Harry’s stump speech. Uncle Louie tagged along for three reasons: one, transportation when Steve’s handicap van was full of equipment; two, he carried a .357 Magnum and had sworn to stay close to Harry after the Florida alligator shoot-out; and three, the Crown Victoria Police Interceptor sedan was fast as hell. Matt was the FDG’s version of the high school A/V club president.

The Chamber’s President called the meeting to order and introduced Harry. He’d begun to tell a town manager embezzlement story when the back door to the meeting room squeaked open.

Tall even without her shining black six-inch Jimmie Chu’s, the belated attendee’s bright red fingertips flipped her shoulder-length auburn hair. Her sleek red dress, expertly tailored to her form, more than hinted at the body beneath. She nonchalantly stood in the doorway, not at all bothered by the 74 eyes staring at her as she slowly surveyed the room until she spotted an empty seat. She greeted a dozen attendees as she crossed the room, some with a hug, some with an air-kiss. Harry checked his watch; her entrance was taking longer than it took a car to rust. Finally, she took her seat, demurely adjusted her dress over her crossed, tanned legs, and directed her full-on, searchlight stare at Harry.

For once, he wished he used notes. He never did before because it made his talks to shareholders, investors, and bankers seem more conversational rather than a planned speech. Maybe he’d have them ready from now on.

There was a water pitcher on the table, and he poured a glass and took several sips. He remembered his place; he’d started the town employee story.

The Chamber President clanked her coffee cup against the rim of her plate. Harry waited until 74 eyes were on him, then finished the tale of the town accountant with racehorses funded by her decades-long theft from the town coffers. He added another anecdote about a local museum CFO writing herself checks and giving her kids credit cards.

They were the warm-up pieces—time for the main show.

“We, the Fraud Detective Group’s staff, got into this business because my best friend ran scams to pay his gambling debts. He left his family broke until we recovered some of their lost money. He scammed me with an investment scheme and others with offers of exclusive wines. I, we, trusted him.”

“Most people don’t report scams because they are ashamed. They feel stupid, like they are the ones to blame. I was a CFO, and I got scammed. It can happen to any of you. But we don’t want this to happen over and over, and so we started the FDG in Boston. Frauds and scams in the US run in the tens of billions every year. We can’t stop it all, but we can start here in New England.”

He lowered his voice and slowed his delivery. His usual, wide smile faded, but his eyes still twinkled. He leaned his solid frame closer to the audience, gripping the lectern with his huge hands.

“There’s a personal reason I do this. My grandfather invested in Charles Ponzi’s useless international stamps and persuaded his friends and family to invest their money, too. They all lost everything; my grandfather took the blame and committed suicide. My parents couldn’t afford doctors or medicines, and I was orphaned. Scams destroy families for generations. I want to end that cycle for as many people as possible.”

He let that sink in.

“One last message.” He counted to three. “Never trust the people closest to the money. Even me.” He got a few chuckles.

“My business cards are here on the table. Thank you for your time. I’ll stay for a few minutes if anyone wants to chat.”

Harry took his seat to generous applause. After the meeting adjourned, Harry was talking with the Chamber’s officers when he heard his name. He turned and saw Ms. Auburn-Hair beckoning him over.

Vicki Lenox stood next to her. Odd pair, he thought.

“Kaitlan Kennedy, an honor meeting you,” Kaitlan said. She flashed a 100-watt smile. “Wonderful speech. People don’t know enough about avoiding fraud.” Her voice had a subtle timbre, a slightly smoky, husky quality with perfect diction. Of course, what other kind of voice would she have? A squeaky, nasally Brooklyn? A cigarette-smoke scarred hard South-Bahston?

Her soft hand generated a firm grip—a tough combination to pull off. She offered her business card, and Harry checked it out. 14-point font called LFT Etica Display on a high gloss front. The cream-colored background made the dense black lettering stand out.

He turned it over; the back was uncoated, allowing for unsmudged messages. This one was: “Call me.”

She lightly clapped her hands.

“I doubt it,” Kaitlan said.

“What are you two talking about?” Vicki asked.

“Walsingham was Queen Elizabeth I’s most trusted advisor,” Kaitlan said. Harry was impressed she didn’t drip sarcasm on her dress while educating the group.

Harry felt a light jab to his left arm. Brian Norwood was gesturing while yammering on about something. A big Rolex jangled from his left wrist. The yellow color of his shirt unflatteringly highlighted his blood-shot eyes and red face. His brown hair, parted on the left, was losing its battle with white hair, especially on the sides.

“…and on top of business crap, my office telephone and security cameras are busted,” Brian said.

A dead telephone. A dead security camera. Those are pretty simple things to get fixed. You call, you complain, they show up.

The guy looked prosperous enough to get them fixed, so why were they broken?

Brian started to answer but halted as he glanced at Vicki. He motioned for Harry to join him in a nearby unoccupied corner.

Harry excused himself from the group. As he walked past Kaitlan and Vicki, he heard them exchange pleasantries.

Harry double-clutched and peeked over his shoulder. The two women stood there, smiling. He wasn’t sure who said what.

“Don’t pay any attention to them,” Brian said. He launched into a rant about high revenue, low profits, tight cash, and the busted equipment. Harry waited him out. This wasn’t a cogent, reasoned analysis of a financial situation he was being bombarded with. This was more like a tantrum. Maybe it had merit- it’s not easy to generate lots of revenue, lose money, and be cash-poor, but companies manage it every day.

Harry felt his muscles tighten and brow furrow. He’d gotten used to the signs, like someone who’d been lucky enough to survive a heart attack being acutely aware that a twinge in the arm and a tightening of the chest meant another episode. But his signs weren’t about a physical issue; they were warning signs of fraud—unexplained financial distress in the face of perceived prosperity.

A heart attack victim needed to be rushed to an emergency room ASAP. Brian needed the financial equivalent, and he didn’t even know it.

“You’re Brian, right?”  Harry asked. He wanted to judge Brian’s reaction to not introducing himself.

Brian knocked his skull with his knuckles. Not what Harry expected.

“Stupid.” He opened his jacket. “Norwood Construction” was on the shirt’s logo area. “That’s me. Norwood. Brian Norwood.”

“Ok, Brian Norwood. I’ve got a good tech guy with me. And I could look at those bad results,” Harry said. “How about now?”

“See you at nine,” Harry said.

He turned and was face-to-face with Vicki. “I’ll have a hitching post and some hay ready for your white horse, Sheriff,” she said and walked past him.

An award show red carpet-like diva entrance. Two seemingly opposite-style women cursing each other out like old enemies. A financial train wreck. A sarcastic CFO. A wildly gesturing business owner. Most interesting two minutes he’d ever had at a speech.

Tomorrow should be even better.