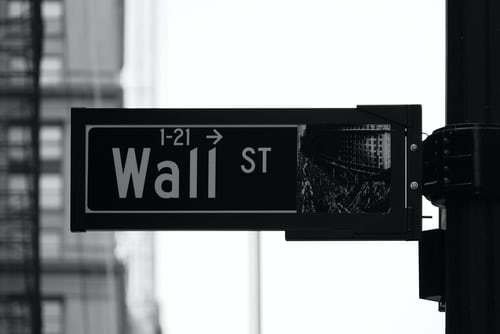 Harry Bartlett closed his eyes, inhaled, counted to three, then exhaled. He felt his blood pressure ease and repeated the process. He pictured himself walking hand-in-hand with his wife along the dunes at Monterrey Bay in California and smiled. Nicest place in the world. Good place to retire, even if that was thirty years from now.

The ten-second express ride to the 25th floor was almost over and Harry relaxed; he’d successfully reached the corporate offices of Financial Analytics Inc. without having a panic attack. He smoothed his blue, pin-striped, double-breasted suit jacket, then adjusted his yellow tie in the elevator doors reflection. If he ruled the world, every building would be limited to three stories, but he was only a company Controller and not the all-powerful deity, so he’d have to continue to battle his fear of small spaces.

The elevator stopped a few inches too high, settled back to floor level, and the doors whisked open.

Patience Wakefield stood in the lobby. Deep black circles under her eyes. A wry, forlorn smile. Stooped shoulders carrying the weight of the world, or at least of the company’s sale to a private equity firm.

Not exactly the confident look one would hope for in a Chief Financial Officer negotiating the sale. Especially not the look the current owners wanted in their CFO if you had already made down payments on vacation homes and yachts with your expected bonanza.

Harry preferred his Stamford, Connecticut office. He could walk up to the top floor of the three-story building. He had a no-highway twenty-minute commute, just long enough to decompress from the workday. Best of all, every action wasn't part of a blood sport played under Machiavellian rules.

Everyone in Stamford actually worked together to get stuff done. At corporate, a Kevlar vest was required attire.

Harry liked working for Patience. She was a straight-shooter, even-keeled type with a quick mind. She took the idea of training her replacement seriously and included Harry in new areas every chance she got. They’d developed a great relationship since Patience had hired him a year ago.

But here he was in downtown Manhattan, nonetheless, responding to last night’s 10 PM call from the CEO, Jack Bolton.

Harry had only talked with Bolton at company gatherings, exchanging small talk about sports. He seemed like a nice guy, intelligent, proud of turning the company around and snagging a high-profile buyer. He could sell ice at the North Pole.

“Be on the 7 o’clock express into Grand Central,” Bolton said. “God-damned TARS.”

“Yes, sir,” Harry said. The phone had already switched to the busy signal.

The call was ominous.

Which led to Bolton cursing TARS.TARS stood for The Accurate Revenue Spreadsheet. The massive report was the company’s Holy Grail, the mathematical basis for future revenue. Keith Wallings was its most recent keeper, using part accounting and part spreadsheet magic to keep it up to date. The operative word was was.

Harry had been stunned yesterday when Keith texted him that he’d resigned. They’d worked together every month to keep the company sales in line with the TARS calculation. Their shared in-the-trenches experience created a solid work friendship.

He’d asked Keith why he quit, and he’d said the 90-hour workweek was killing him and his marriage. He needed to get out, acquisition or no acquisition, bonus or no bonus. Keith said Bolton and Patience had tried everything to make him stay for a few more weeks until the deal was done, but no amount of cajoling or bribery or threats could change his mind.

“Sure. Keith and I reconciled revenue to the accounting records,” Harry said.

Patience started to say something but stopped. The office door was open, and the staffers in the cubicles outside were only a few feet away. She reached over to the door, got her fingertips on the edge and pulled it shut. “It’s not working.”

“Not working, how?” Harry asked.

Patience flipped to the page she wanted. She drew large circles, then handed the report back to Harry. The number was $43,875,212; the label was Future Revenue.

Harry had a flashback to last year during his inaugural audit. He had asked their CPA firm how they would verify the Future Revenue. The answer was they wouldn’t. Instead, they’d prove the current year Sales number on the Profit and Loss Statement.  They’d worry about Future Revenue next year. Maybe.

He was shocked by their rationale, but his name wasn’t on the audit report, the CPA firm’s was. They’d get sued by shareholders if the financial statements were wrong, not him. Besides, it was less work for him and his staff.

“The buyers are doing their Due Diligence review and want to prove the Future Revenue number. Keith was working on it when he quit.”

“How much is it off?” Harry asked. He was expecting Patience to say a few hundred thousand, maybe half a million.

“The buyers want to chop $10 million off the valuation just to be safe. That’s $10 million less that the owners and Bolton get to split. They started this place, and this is their golden ticket out.  I’ve got until 6 PM tomorrow to prove the $43 million number.”

And there it was, like a dead skunk in the middle of the road. The reason for Bolton’s call, Keith’s resignation, and Patience looking like hell. Ten million dollars and its trickle-down effect on everybody’s payout. And Patience’s job. Maybe Bolton’s, too.

Harry might be the only one standing in a corporate game of duck, duck, goose. He was the company's last hope, the Hail Mary toss into the end zone at the end of the game, the jump shot from half court at the buzzer.

“You need to figure it out,” Patience said.

Patience had a sad look on her face, but she smiled through it, resigned to her fate. Her job was gone. She should’ve fixed the problem when she was hired three years ago. But she’d let it slide as a “we always do it this way” kind of thing, and now it was biting her in the ass.

From Harry’s point of view, there were only 2 paths for Patience. If Harry somehow pulled off a miracle and could prove TARS, she might get a generous severance package. If not, Patience might not even get a strong reference from Bolton. Harry knew Patience had two college-aged kids; it’d be tough to make those tuition payments out of an unemployment check.

They didn’t talk all day. Harry would wade through the numbers for a few hours, take a lap around the office to clear his head, then return to the torture chamber. Patience gave him a few half-hearted waves, and Harry’s return gesture was equaling uninspiring.

Bolton called them into his office at about 8 PM, and they walked across the office together.

“Nothing. TARS is untethered from reality,” Harry said.

“Tell Bolton that. No hedging.”

“No, you couldn’t, and you know it,” Patience said. “No use both of us updating our resumes.”

There was no yelling or screaming in the meeting. They could’ve been discussing yesterday’s NFL games. But they weren’t.

Harry delivered the news. Bolton didn’t seem surprised. Patience didn’t look any different- she was still a dead woman walking. They all stared at their hands.

The only noise was a fire truck screaming by 25 floors below; it was amazing how the skyscrapers funneled sound upward.

“There is something,” Harry said.

Their heads perked up. Harry looked at Patience.

Harry described a test program he’d been working on to extract contract data from the Contract and Sales system. “We double-check every number in that thing. No garbage in, garbage out. The numbers are system-generated, repeatable, and auditable.”

“Let me get this right. You were trying to create a system-generated TARS,” Bolton said.

“It was just an idea,” Harry said.

“And you were doing this on your own?” Bolton asked. It wasn’t what Bolton said that mattered, it was what he didn’t say.  Why didn’t Patience know about Harry’s work? Why hadn’t Patience created it? Later on in its retelling, Harry would swear he heard Bolton say cha-ching.

“The odds of it working weren’t great,” Harry said. “But if it did work, you’d have been my first call.”

“Can you run it for every contract?” Bolton asked.

“Sure. I’ll need my programmer, though.”

“How long to get a first look at the results?” Bolton asked.

“I’ll call the buyers and get it for you,” Bolton said. “Patience, get him a hotel room. And send someone to his place for new clothes. Oh, and order us some dinner. Chinese. Harry, you stay here.”

“Wings and orange chicken, okay?” Patience asked but got no answer from Bolton. She leaned over and whispered in Harry’s ear, “You’ll have my office when this is over,” then left to fulfill her remaining duty: calling The Red Dragon restaurant.

“Close the door behind you, Patience,” Bolton said. “Thanks.”

Bolton leaned back, hands behind his head. He studied Harry. “This thing is going to work, right?”

“It depends on your definition of work,” Harry said. “Will it equal $43 million and save the $10 million haircut the buyers want? No. Will it generate a number that the Due Diligence auditors can certify? Yes. Maybe they cut $5 million and you negotiate that amount into an escrow account that gets paid out based on 2 years actual results. I’d guess it’ll settle at $2.5 million.”

“Do you want to be CFO?” Bolton asked.

“What should I do about Patience?” Bolton asked.

“Tell her she’s got six months, start a search for a replacement, give her a solid reference and help her find her next gig,” Harry said. “Maybe cut her sale-of-the-company bonus by 50%.”

“And you get her cut?” Bolton asked.